Larry Pino Founder & CEO | Tuscan Gardens
We are now vaccinated to provide you a more carefree lifestyle. Click here for our response to the COVID-19 vaccine.

Larry Pino (Laurence J. Pino) is the Founder and CEO of Tuscan Gardens®. Larry conceptualized Tuscan Gardens® in mid-2010 as he was trying to find a place for his mother, who was being taken care of with in-home 24/7 care, where she could experience the social interaction that had gone from her life.

Unsuccessful in finding any place he was willing to put his mother, Larry began asking the fundamental question: “What would it have to look like for me to be willing to put my own mother in it?” That seminal question, burnished over the next several years, evolved into Tuscan Gardens® as a brick and mortar reality.

That process of late also resulted in Larry writing a best-selling book,  Reinventing Senior Living: The Art of Living With Purpose, Passion & Joy®, currently available on Amazon and Barnes and Noble.

Prior to founding the company, Larry was the Founder and CEO of a private equity development and management company focused on starting, developing and growing business enterprises. He has served as Chairman or Board Member for many of those investments.

An Avvo rated attorney, Larry is a commercial litigation attorney specializing in business and investment law at Pino Nicholson PLLC. Larry graduated with a Bachelor’s Degree from the University of Notre Dame, a Juris Doctor degree from the New York University School of Law, and a Doctorate in Business Administration from the University of Florida.  In addition, he received Certificates of Completion from the Universidad de Madrid in Madrid, Spain, L’Alliance Francaise in Paris, France, and the Centro Linguistico Italiance dante Alighieri in Rome, Italy. Subsequently, he was admitted to practice law and is in good standing as a member of the bars in Florida, New York, and California, as well as in various federal courts across the country.

Larry is passionate about education, teaching courses in High Performance Organizations and Rapid Enterprise Development as an Adjunct Professor for the Hamilton Holt School at Rollins College in Winter Park, Florida.

In the last 30 years, Larry has conducted some 5,500 speaking engagements, speaking to over one million people and appearing on 140 radio and television talk shows. Larry has authored twelve books including among others: Finding Your Niche (Berkley-Putnam Publishing), Finding Your E-Niche, The Desktop Lawyer, Cash In On Cash Flow (Simon & Schuster), and Reinventing Senior Living: The Art of Living With Purpose, Passion & Joy® (Impact Publishing). He also co-authored Morphing: Radical Evolution for Revolutionary Times with Dr. Craig McAllaster, retired Acting President Emeritus of Rollins College.

Larry is passionately committed to his family: his wife of almost 25 years, Janet, and his three sweethearts – Jordan, Jared and Isabella. 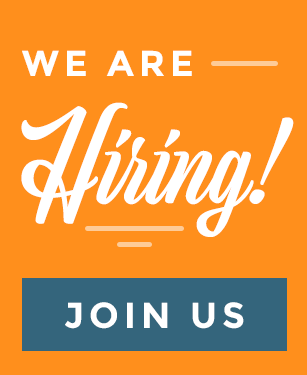